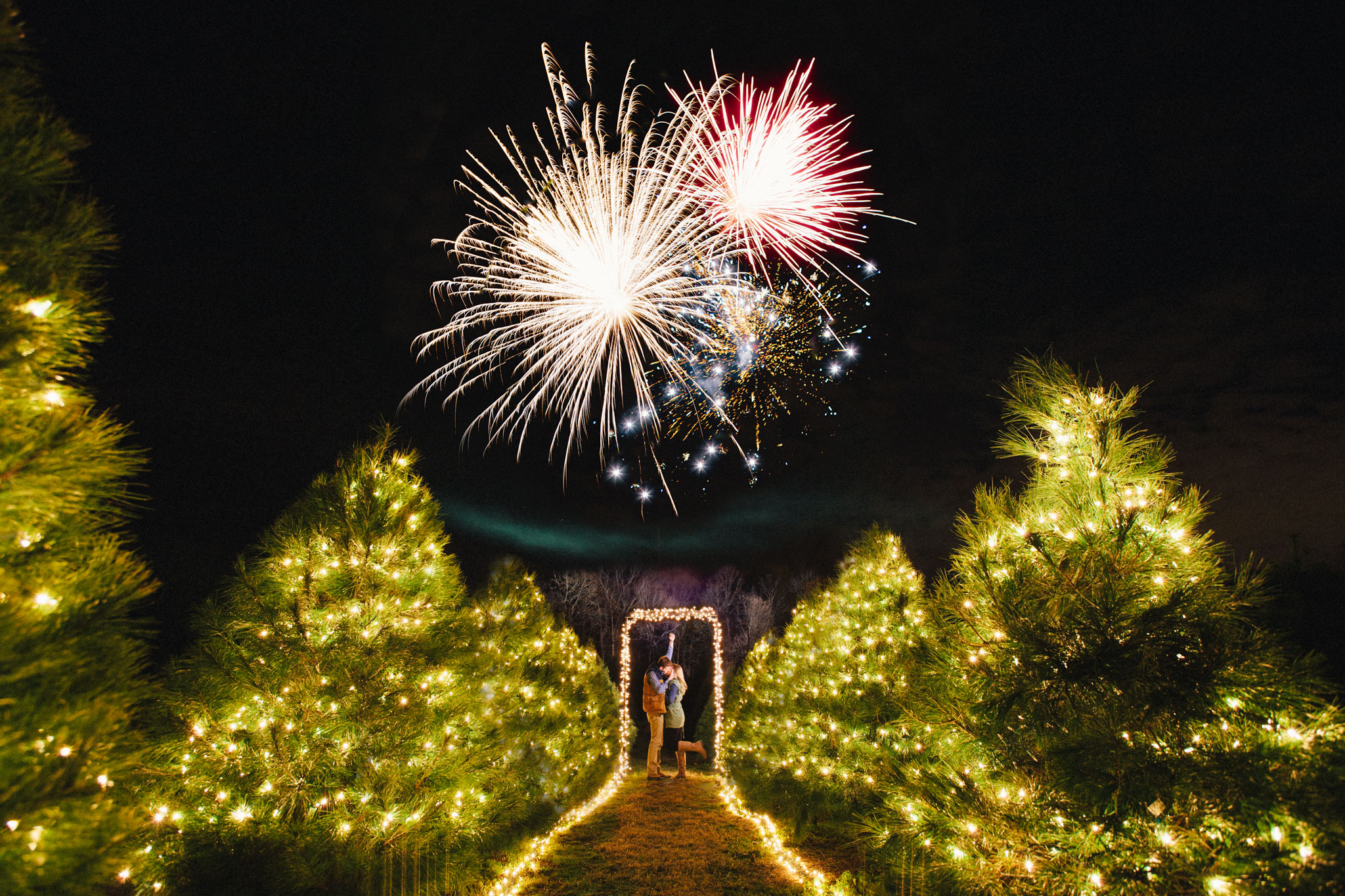 The first time I met Nolan was only fifteen minutes before he was down on one knee, proposing to Mikaela. Even in the midst of his electric nervous excitement, getting him secretly mic’d up, and going over the plan one final time, it was overwhelmingly apparent how much he adores and treasures Mikaela. This undeniable adoration is also abundantly apparent in the details and planning he invested to make this proposal so unique.

Mikaela’s family has a Christmas tree farm at their home, and this was the intimate setting for this proposal. One day earlier, Nolan and Dakota, Mikaela’s brother, picked up exactly 5000 Christmas lights and enough fireworks for an uninterrupted thirty minute show. They built an arbor and ran hundreds of feet of extension cables and power strips to rig a special tree lighting sequence. Friends and family were all clued in to the plan, and ready to arrive at the house immediately after the proposal for a surprise celebration.

Nolan also knew how important it would be to Mikaela to document the proposal. Dakota is an exceptionally talented cinematographer, which is certainly an immense benefit to this regard. When he asked if I could help capture the whole event, I was thrilled to oblige. In fact, I was just one small cog in this enormous scheme. Boone, Nolan’s best friend, drove up just to help and had the vital role of triggering the Christmas tree lights. Tyler Hirth, a close family friend, was in charge of setting off the fireworks. Then there were four of us shooting video: Dakota, Brian Zimmerman, Sam Lindsey, and me. I was also shooting photographs in the midst of running around and managing audio and video. Our whole crew met up just two hours before the proposal to get final details set into place and develop our plan of attack.

To our benefit, it was so dark during the proposal that we could have been five feet away and still gone unnoticed. That was also one of the greatest challenges, however, as cameras need a little light to see. Creativity at its core is simply clever problem solving, so we were still able to effectively work amidst the challenging circumstances.

After Dakota and I mic’d Nolan and snuck out the front door into our positions, Nolan persuaded Mikaela to go for a walk outside. After a short trek down from the house, they arrived at a small tree where Nolan exclaimed, “I want to show you something.” Boone triggered the lights on that one tree, where Nolan began reading a letter he had written to her. “…this one tree doesn’t quite do it justice,” he said, as the rest of the trees lit up along with rows down the aisle and the arbor at the end. Stopping beneath the arbor, Nolan dropped to one knee and asked Mikaela to marry him.

Interrupting a celebratory kiss was the first of many explosions in the sky. Tyler had lit the fireworks, and rather than drawing them out one-by-one, they had been set to all fire as close as possible in sequence. It was an impressive grand finale capturing all the excitement of the evening’s events. As the last of the fireworks left their loud imprints in the sky, a parade of friends and family arrived at the house. Some of Mikaela’s best friends had even rushed the scene, nearly tackling her in their excitement.

A party ensued, full of hugs, food, and other joyful celebration. Friends had traveled from far and near to rejoice and cheer. This was an evening worth celebrating, and a night of special memories that will never be forgotten.

The full gallery and prints are available right here.

Nolan’s younger sister Leah even offered her delightful perspective of the proposal. 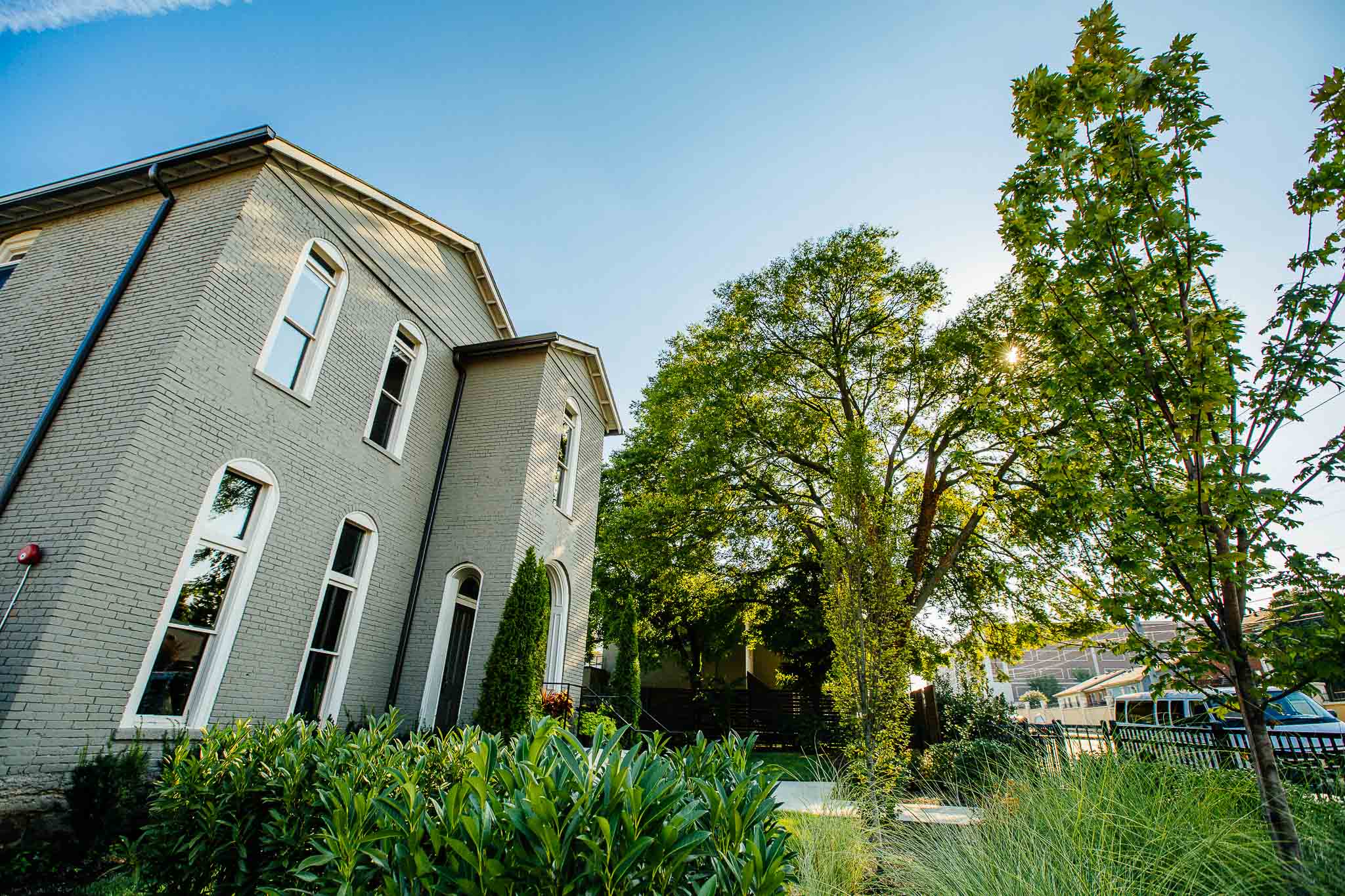